On Thursday, August 21, Steve, Martin and I (Andre) began the fifteen-hour drive from Montreal to Chicago’s Wizard World Comic Con. We hoped to get an interview with Bruce Campbell, who was headlining his own Bruce Campbell HorrorFest, but had no reason to believe that it would happen.

The true purpose of our trip was to meet up with Michael Witchy, John Dowding and Emanuele Crivello, three Evil Dead super fans who’d flown in from Wales , England and Italy, respectively, to chat and be photographed with the cast of the Evil Dead films and finally spend some time face-to-face with other fans of the series.

We followed the trio around the convention, filming them as they met the people responsible for their favorite films. All three had an absolutely amazing time in Chicago and took back souvenirs and memories that will last a lifetime.

We stood in line and spoke to Ted Raimi, who pointed us in the direction of his and Bruce’s manager,  We spoke to the Three Ladies of Evil Dead, who urged us on. We sent Bruce’s agent footage of Hail to the Deadites for Bruce to review. We finally got an interview with Ted Raimi, getting his views on the fans and the continued popularity of the Evil Dead franchise.

Bruce agent came to us and gave us the good news: Bruce liked the footage, all the other cast members had spoken to us and at least a few of them had spoken kindly of us, so Bruce would give us five minutes.

We ended up with twenty minutes. Twenty glorious minutes.

Fellow Deadites, I don’t mind telling you right now: you cannot wait for this.

An enormous thanks to (the 3 ladies), Bruce agent and, of course, Bruce Campbell! 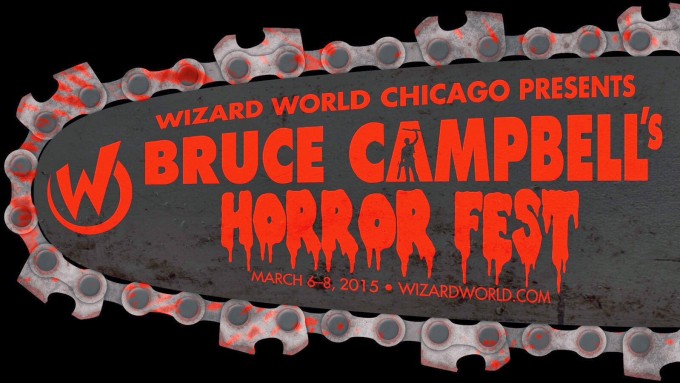