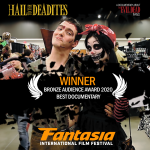 That’s right, Fantasia International Film Festival just announced the winners and we made the list. Once again, huge thanks to the Fantasia Fest crew, the HTTD crew and all our beloved Deadites. 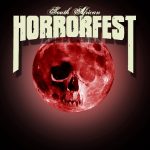 Listen up you primitive screwheads, we have some good news to announce. Hail to the deadites was officially selected by the South African Horrorfest. How groovy is that? The South African HORRORFEST is the longest running event of its kind on the continent, including movies, short films, literature, music, live soundtrack perfromance, Halloween fun etc. […] 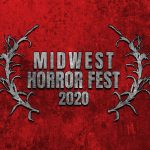 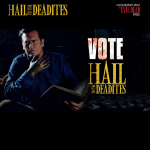 VERY IMPORTANT NOTICE: For everyone that was lucky enough to see Hail to the deadites during the Fantasia International Film Festival online edition, you probably received an email titled “Fantasia 2020 – Audience awards / Prix du public”, giving you the opportunity to vote for your favorite films in multiple categories. What we ask of […] 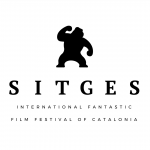 We are very proud to announce that Hail to the Deadites have been officially selected by the SITGES Festival Internacional de Cinema Fantàstic de Catalunya‘s 53rd edition. Thank you everyone for making this possible. Info available here: https://sitgesfilmfestival.com/eng/film?id=10006651 Sitges – International Fantastic Film Festival of Catalonia is the first fantasy film festival in the world […] 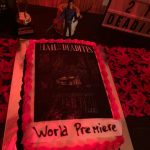 Thanks to the Pandemic, it wasn’t possible to stand in front of the amazing audience of the Fantasia film festival but we decided to make ourselves a little World Premiere of our own.. (see picture gallery) 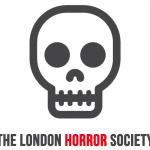 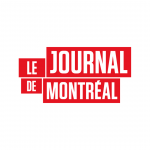 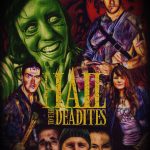 Thanks to our good friend John Dowding for those amazing pieces..