“Here is a trailer for a film dealing with fans of the EVIL DEAD trilogy called HAIL TO THE DEADITES. In this sneak peek of the documentary we see one of the fans featured in the film and her collection of the EVIL DEAD films. She has everything from the films, poster, toys, books, etc […] 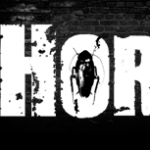 DiggerFilms’ Steve Villeneuve has a new horror documentary in the works; ‘Hail to the Deadites’, a documentary about the fans of the classic horror series ‘The Evil Dead’. This is the second documentary of the director and producer, following ‘Under the Scares’ (2010), which was released after it’s world premiere at the Tribeca Cinemas in […]

“Here’s a sneak peak of what HAIL TO THE DEADITES will look like.” Click HERe to read the entire article 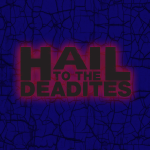 Finally, what you are waiting is LIVE. The indiegogo of Hail to the Deadites is up and running. Click HERE to become a funder ! 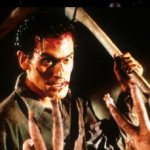 “Evil Dead fans are among the most enthusiastic, passionate, knowledgeable and loyal fans in the world. Hail to the Deadites is a new documentary in development that focuses on just that. Following around some of the biggest and devoted fans, whether they are collectors, cosplayers, or ranting in message boards, the documentary will take a […]

“Steve Villeneuve, a Canadian documentary filmmaker and huge Evil Dead fan needs your help funding his Evil Dead documentary Hail to the Deadites. In his documentary Steve will be interviewing passionate Evil Dead fans from all over the world who will be discussing their passions for the Evil Dead films as well as showing off […] 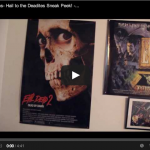 Here’s a sneak peek of what Hail to the Deadites will look like. 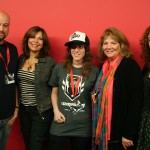