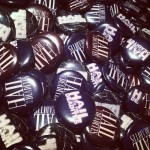 You’re right ! We got the coolest pins ever. Every indiegogo funders will have the chance to get one of those in their package ! Ain’t this Groovy ? 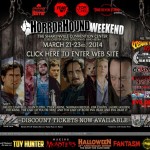 Good morning Deadites ! AMAZING news to start the week. We just got the confirmation that we will be at HorrorHound Week-end next march to film for the movie. For those who didn’t know, this show will have one of the biggest EVIL DEAD I & II reunion e-v-e-r !! This is so gonna be […] 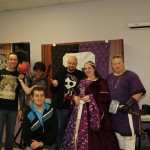 Groovy shoot with Dennis “Ash” Carter at the Kingdom of Avalon yesterday !! 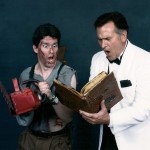 So it’s the final countdown today but for us it’s the countdown to the beginning! In 2014, Deadites will raise from the dead everywhere and will bring us to a groovy journey and it’s starting on January 11th with Dennis Carter Jr. who will go face to face with a King….. 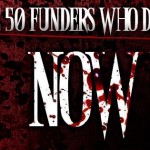 50 people contribute to the Hail to the Deadites internet campaign. a BIG thank you http://www.indiegogo.com/projects/hail-to-the-deadites 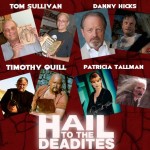 After Tom Sullivan, Danny Hicks and Patricia Tallman, Timothy Quills is now on board as an Associate Producer. The Indiegogo campaign is now updated with Mr. Quills perks ! Read more : http://www.indiegogo.com/projects/hail-to-the-deadites 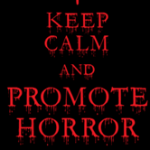 “The fact that you are here probably means that you are, like me, a fan of The Evil Dead series. That you probably are, like me, collecting Evil Dead films, action figures, posters, t-shits, memorabilia and whatnot.” Rad more : http://www.promotehorror.com/2013/11/hail-to-deadites.html?m=0 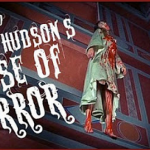 “Check out the indiegogo campaign for the upcoming documentary about EVIL DEAD fans called, HAIL TO THE DEADITES!  This film is being directed by Steve Villeneuve with Tom Sullivan, Danny Hicks and Patricia Tallman as associate producers. “ Read more : http://hayeshudsonshouseofhorror.blogspot.ca/2013/11/help-fund-upcoming-evil-dead-fan.html 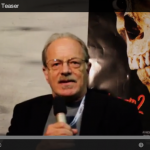 Our friends at DVD-Forum.at filmed Mr. Danny Hicks at the Week-end of Horror in Germany. Check out the clip they did with him. Read More : http://www.dvd-forum.at/news-details/38412-film-teaser-zur-evil-dead-fan-doku-hail-to-the-deadites-mit-exklusivem-vorwort-von-danny-hicks